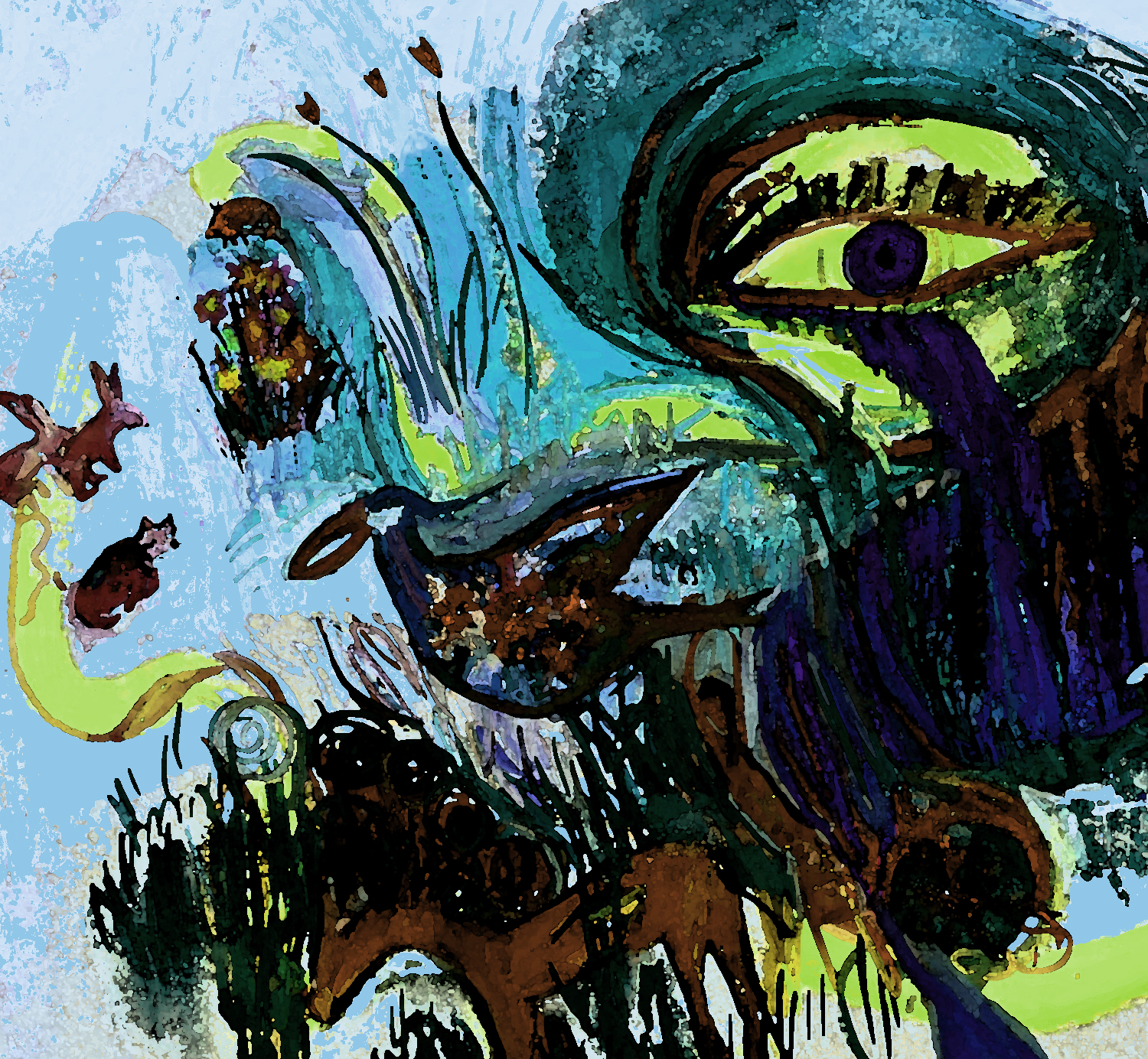 Religion usually involves a culture and specific behaviours and practices. It also may encompass morals, texts, worldviews etc, as they relate to supernatural/spiritual aspects of a religion. There are many religions. They have sacred histories and narratives, which aim to give meaning to life – and to all life at that. Our concern here is not with religion per se, but the sense and meaning, which it affords our lives – or not.

We are usually inducted into a religion, when young. Whether we retain our beliefs or not depends on many things, including ourselves and our experiences of the world.

JCW is a long-time neighbour of MH. They are on neighbourly terms, although their relationship has had its ups and downs. The ups have involved children growing up and becoming adults; joshing of various sorts; and attempting to be witty at each other’s expense. The downs have involved strong disagreements on a broad range of topics; disrespect and verbal abuse. It has always had a serious side, however, including discussions of religion. ‘Shipwreck’ followed an invitation to JCW to contribute to the Blogsite. Our current relationship seems to be on the up. Maybe it’s an ill-Shipwreck etc etc.

The poem describes the loss of religious faith; but it is much more than that. It encapsulates brilliantly, the history, value and shortcomings of religion. It is also very personal, while expressing the loss of religion as a narrative. As well as identifying the meaning, which religion can have for some and its loss, it also hints at an alternative source of meaning. The poem deserves careful reading. MH recommends it to you strongly.

MH, as Christian Atheist, who gave religion a good try round about the age of 18; but failed to make it work for him, is very impressed by the poem and has read it many times. He would be surprised, if there is not further meaning to be derived from ‘Shipwreck’. He smells a poetry critique in the wind.

As usual, feedback is welcome, along with other religion-related contributions.

I
A titanic golden “Ark of the Covenant” surges, pitches and rolls

Across the surface of my sleep,

Piled on deck, the works of man, pyramids, temples, cathedrals

The hold was stuffed with symbols, icons, relics and sacred texts,

All manner of holy treasure they keep,

And commandments, prayers, incense and intercessions, so tell me

Why on earth do children still weep?

II
Once upon a time an innocent child asked, why unconditional

Love be administered only by men?

First denial, then lesson from callous prophet, ancient and modern,

Warning of sheep that stray from the pen,

But a hand drew back a curtain, revealing all too human intent,

Their ecclesiastical schemes laid bare then,

Now the Ark bore down upon us, meaning to correct or obliterate

Our little tribe of men.

Over our island of disgrace,

Branded trouble-makers, But not to our face,

Meant to drown this heretical race,

Yet, no grain of truth moved, or suffered a blow,

Rocks of reason tore a hole in faith, and let compassion flood in,

Dragged down by the undertow,

All hands were lost. God and his lying, dogmatic, hypocritical crew,

Drowned in the murky waters below.

Birds sing in the trees,

We see a rainbow’s arc,
Because of the rain and the refraction of light.

My original idea was to write a critique of John’s poem. After all, I studied Modern Languages, which included poetry and I am a critique by nature. If it moves, I will critique it. I hoped the critique would engage us both in some on-going way.

However, I do not read much poetry. My poetry book collection is at best modest. It comprises:

The War Poets – an Anthology

I reckon, you are right on the money, in your assessment of the poem.
1. Of course, you are right to see the ark reference, as alluding to the sacred symbols of scriptural faith, the rainbow likewise. Reason sinks the former, and physics explains the latter. I meant to hit them, where it hurts, John.
In my mind’s eye, I had imagined looking up the road to St James Church, from our home, down below in Coppetts Rd. This road, soon morphed into a cold, storm lashed ocean, on the horizon of which, rolled that monstrous Ark (with that spire and masonry) bearing down upon us.
2. Yes, indeed. The cynical way that religions segregate children from their own parents, in order to “persuade” them to accept without question the faith leaders authority, in all matters moral and spiritual.
We had no idea of their segregating our children, of female from male, in order to more properly explain, the “special” role that women fulfil. Until our daughter told us about these segregated lessons. “Once upon a time an innocent child asked, why unconditional love be administered only by men?”
They were told that, men have the authority to teach, ie lead. But specifically, not women. Women have a “special” nurturing role, but not one that includes leadership, over men.
Kathy and I questioned the vicar about this, which caused the rupture between the church and ourselves. Their answer to us was that, this teaching was based on the apostle, Paul. (Fundamentalist christians often prefer Paul, almost before the teachings of Jesus. He is very strong on what women  can and can’t do. “First denial, then lesson from callous prophet, ancient and modern, warning of sheep that stray from the pen,”
“Our little tribe of men” – is of course, our family.
Essentially, St James Church used to be a middle of the road, C of E. Very tolerant and non judgemental. The church warden at the time was a keen evangelical who saw to it that the next vicar was also an avowed evangelical. The congregation were not told, or consulted over the change. The effect being, that as people realised what was happening to their parish church, they left – quietly, to join other parishes. Even I, had noticed a somewhat American flavour to the way things were being done. At one point even Franklin Graham, son of Billy, came to preach a sermon. He is as you may know, a noted evangelical, connected to among other things, Liberty University, that house of horrors that espouses, the right to life (anti abortion) the “re-education” of gay people, to straight, and the right to bear arms. Or at least as Jerry Falwell Jr demonstrated to his students, by showing them the revolver, he packs in his back pocket.
3. The poem is trying to describe in dramatic terms, what it felt like, to be “sent to Coventry” isolated and excoriated by the faith leadership and indeed our church-going friends. This included, devastingly for our children, all their friends from school and church. Which pretty much meant, everyone. Very traumatic for them, I know. Hence the drama and passion.
The hand drawing back the curtain, ” But a hand drew back a curtain, revealing all too human intent, ecclesiastical schemes were laid bare then,” was a subconcious image, (dreamt, I think) describing the dawning of understanding which led me eventually, to first becoming, agnostic then finally to becoming an atheist. A journey which is still ongoing for some in the family. We are all certainly very anti-religious now.
“Rocks of reason tore a hole in faith, and let compassion flood in, that religious intolerance cannot show.”
The last, stanza speaks of the healing power of life and the renewal of hope. Something we can all take heart from.